World Alarm, After the insult comes the nemesis 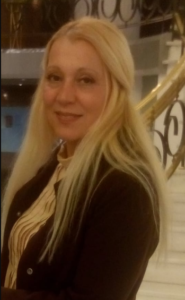 At this time, it is the wish of all of us to fight the pandemic of the COVID-19 that costs the lives of hundreds every day our fellow human beings by decimating populations and increasing

rapid outbreaks in every part of the world. Beyond the wish to find the coveted drug we are faced with a situation that has had unpredictable consequences as if a warning of a change of course had come it happens faster in political and economic matters necessarily. And that’s because the numbers from the deaths are shocking. No confrontation with the enemy because this time from it seems that the enemy is strong and is not an artificial crisis, either some stock market crash.

COVID-19 leaves chaos behind him and the finance ministers of the Member States are required to pay the marble. But already the pandemic has shown that the European health system fails to cope, while a large budget deficit soaring, as well as rising debt, by one stagnant economy that paralyzes day by day and is not alone Europe is a global blow. Now we are all more or less called to pay for the wrong policy in the middle of a coronal storm decades.

One development model is sought more social and substantial direction that will not raise it insignificance will not insult the anti-human side why always after the insult comes the nemesis. This is the coronation person of the same youth that we do not have the strength to Let’s get up, her burden is so heavy on our shoulders.

As economies are moving in the right direction to avoid a crash which may follow, but also for the treatment – mainly health – in such cases, support packages are announced for Europe and Greece and suddenly all the facts change.

Union of Countries fund the health system and subsidize it unemployment with 750 billion euros for all the Countries from the European Central Bank. This money will be used mainly for infrastructure health, health personnel such as doctors, nurses, etc. as well unemployed benefits. 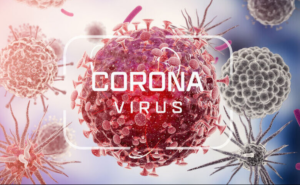 Greece has announced a package of measures of 10 billion euros, of which 3.8 billion euros are for the support of those directly affected. Here we see relationships change, political

intervention prevailing at a time when nonexistence existed, and markets and banks always had the first priority. Where did the money go so far? And what role did the state play?

Since the banks had the hegemony and this is the angle, the investments went to consumer real estate consumer products, which led us to the big bubble of 2008 but also to various other seemingly urgent needs while in fact it wasn’t like cars, vacations, luxury goods. All this was beyond the family budget with the credit card tool and high interest rates. These brought in large profits for banks and multinationals that eventually led the market and investment in these areas. On the other hand, areas of health and the creation of new jobs were underfunded.

Even in the best health systems, there are not enough beds for intensive care and the necessary staff. After 2008 we had horizontal cuts and some speculative investments and continued for the following years. We had specific subsidies in the areas of for-profit businesses while continuing to underfinance our vital nutrition and health needs.

Now the coronavirus has come to nix this reckless economic behavior on the world market. Conditions now reversed Priority given to investment in health and other vital needs of society

This role cannot be played by any multinational company, except the Union of States, which also has the monetary policy issuance privilege to stimulate the liquidity it needs and this is happening right now.

Needless to say, the markets are no longer responding to the intense state intervention in favor of society. There is simply no rational argument that can prevent states from taking action on a deadly threat that threatens society as a whole.

De facto the value of life is put above the market value of money. This gives birth to a new regulatory role for states. Politics is shifting over the economy. And the economy has to serve the whole of society otherwise chaos ensues.