After the US election and the victory of Joe Biden, we are close to a policy New deal for the restructuring and reconstruction of several social structures, which is very similar with that after the Second World War because even today we are under attack but with other means, it is now a Covid-19 virus that flows towards the decomposition of an old one system and regular economic policies unable to respond to the news data imposed by this pandemic worldwide.

This is because the health crisis has dismantled an entire growth-based model in the unfair competition that showed that only money is what rules.

Donald Trump, the first supporter of this concept and development based on consumerism, low taxation as he strongly argued but based on speculation and the national protectionism he wanted to impose, fell into its vortex coronavirus. All of a sudden.

It was something unknown to Trump until the moment when his hospitals were filled with dead and infected by Covid – 19, he seemed fearless, not to listen to his helpless health system and his people under this helpless system to cope, come to despair. In the face of these cries of agony, he stayed undefeated.

It proved utopia what Trump had argued, that they would buy health services from the free market. This Republican narrative was a bubble, not the people were able to buy services but neither was there such a possibility resulting in many deaths. Private economic policy seemed weak to meet real needs, so it’s like a new bubble burst in Trump’s hands. It turned out that a pandemic could not be covered.

It also turned out that with the for-profit system you can not solve its problem pandemic, public infrastructure is needed. It can not deal with the universal problem social services needed in the case of Covid -19. Private health can provide comfort in hospitalization but never faces a pandemic because if it does not it is possible to cover all of the insurance funds and all the needs of the patients. It is clear that public participation from public revenues is needed, and this is Trump, the ignored.

It did not improve health and the practice proved it. Health is their number one asset people, and he ignored that …

The Trump system was ridiculed and all the political nonsense seemed. It did not address the problem of coronavirus, wisely and did not follow policies necessary for the safety of people affected by Covid -19 but also in his country in general, did not make the necessary nor did he make the right decisions, so he paid the price dearly. Fatal Trump’s politician, he’s leaving the political scene with an entire era.

During this time of the American people’s ordeal, it became as compelling as never before the need for food, housing, health and, more generally, the value of human survival and social welfare. Trump has dealt with this, thinking only of the economy and everyone’s life was second to none.

They all forgot his words, which until before the health crisis broke out, it still sounded to the ears of the American people that i.e. they don’t have high taxes, so they’ll have money to meet their health needs, therefore they will also have to live. It was a catalyst for the coronavirus to reveal a childish policy of dealing with a lack of wisdom. In this case, one faces the complexity of the policy and not with We don’t pay taxes and everything goes well, we’ll all be rich.

This is a flimsy argument because health as a public good is not measured by profit to businesses and entrepreneurs. Measured by her social benefit and whether the problems are actually addressed. The food, the roof and health are the first that a leader looks at in cases of a pandemic and even more intensively and in the first priority, let alone when the medicine has not been found.

The voices of protest, when everything showed that coronavirus (Covid-19), does not discriminate even hitting Trump himself, they were voices in which he showed indifference.

At that moment, it was when the coronavirus was actually throwing Donald out of power. Trump, while he couldn’t see how deep the pandemic would be, by refusing to date the results of the elections. The postal vote was a decision.

of an antiquated system that is collapsing and its policy, since it did not let e-mail in cases of long-distance voters. Something like this, too. It worked against him when he lost power. Trump didn’t finally convince himself of what the election showed, about his general politics, his mistakes, his tragic mistakes…

By the time he lost power, the necessary shift had already been made to the real economy in the hope that this would be expressed in Biden’s face, something he did not yet say to understand and understand himself, that something wrong he had done, somewhere some ignored.
It was the public safety and health of its citizens and a majority of its voters.

The incisions he made during his presidency seem to have moved no one since the coronavirus was in the U.S. and Trump took whatever steps he took were too late. The election was approaching and the cube was thrown.

They are working on a series of measures in this direction of development, with a number of health and energy structures, something that Trump had blocked, for the benefit of companies that trade in mineral wealth and health, and systematically directed it into the hands of individuals. The policy of a clay-legged development.

The Democratic agenda comes as everything shows America’s modernization at all levels of infrastructure. Infrastructure of the social state and not only to ensure the health in times of health crisis but also what is obsolete there is such as roads and rail networks to be modernized. This renewal will, as they hope, create new jobs, and many resources will be created by energy. So the Democrats, in the face of the crisis, are taking action with an ally in the new circumstances.

Trump’s wrong political tactics are converging that now Democrats are being forced to give priority to food, housing, health and safety of citizens with regard to the vaccine. Covid-19 showed he doesn’t discriminate everywhere. It also insults presidents, not just citizens of states. So what do some people want to say about the non-existence of Covid-19?

That the New deal will give a boost means a shift towards the real economy and not that of the bubble and the financial markets. This is not dictated by the financial markets, it is said by real human needs. The good news is that they’ve realized it’s top-notch. Democratic officials, i.e. that a new incision is needed, in another direction to now that the other side cannot stop any new situation without arguments. The pandemic is now real.

The Democrats with the adjustment they’re making will leave an era, if they really apply the system of the social state with the human factor higher up the bar and do not follow the same failed practices of their predecessors.

The Democrats should clearly see that private economic policy has been destroyed, 50% of the world market has died, any other tactic that will mean its euthanasia will not be raised again, as the lockdown continues and will continue even in 2021.

The question that arises is that at this time, where the funds will be fed with interest, and next is the markets begging the states to take out the loans. But the loans will be cut anyway necessarily, because the model applied by the markets and bankers now the pandemic does not allow it. A whole model of capitalism development that had no real economy standards was pinned down. Whoever implemented it, even Trump, was stripped… 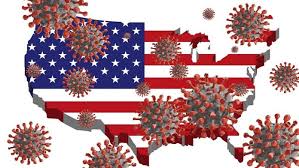 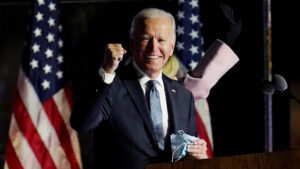 Following the government's announcements and the 24 billion-euro package of measures to support labor, the economy and boost...