On the way to bankruptcy. Political Analysis of Maria Anthi

In the midst of days of coronation around the world, Donald Trump is trying to find a way to finance oil companies and transportation companies. Global consumption has plummeted so much that direct capital is needed.

In Greece, they are considering financing bankrupt transport companies. This means that they have not been sufficiently aware of the crisis and are heading towards the same mistakes that led to it.

If the state financed all the bankrupt big companies and banks as before, in the end it would go bankrupt and the same because who will lift such a burden. Where will the state get these resources from taxpayers? this is a question. From the damaged small and medium enterprises? by civil servants? where a large portion of the funding will come from are questions that need to be answered.

If we calculate everything that the experts say that the state will give, in the end there will be a recovery because we will not have reserves, but the already reserves that we have do not reach. So the state will have to be charged with other private funds that are liquid. If we consider that most of the moving capital is virtual, in relation to the real – in this way – the dead capital that is air will swallow, suck, the real.In Paris, a house can cost one million euros, while its real value does not even reach one hundred thousand euros.

This is what capitalism does, it inflates, that is, it raises prices, as a result of which incomes disappear. It’s like pouring water on wine, which means we won’t have two kilos of wine if we add an extra kilo of water. Because if we distill it, we will see how much wine we have. The whole system works to produce virtual capital, so there is a risk that the virtual capital will swallow the real one and then poverty and hunger come. Inflation is the virtual capital that eats the real.

That’s how the real estate bubble burst in 2008 and now the bubble is bursting with oil. The price of a barrel of oil reached four times higher than it was two years ago. It is exactly the opposite of what happened in 1973 with the oil crisis, where the barrel was at three dollars and reached twelve dollars a barrel in one year. Essentially now this has happened with the fall of global consumerism due to a pandemic, they just don’t say it. But the road to bankruptcy lies ahead of us. 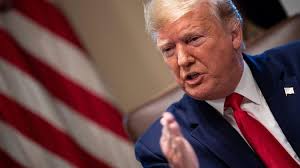